To make sure that we score courses properly, we pay a lot of attention to the reviews students leave on courses and how many students are taking a course in the first place. This course has a total of 3932 students which left 47 reviews at an average rating of 4.58, which is average.

We analyze course length to see if courses cover all important aspects of a topic, taking into account how long the course is compared to the category average. This course has a length of 1 hours 50 minutes, which is pretty short. This might not be a bad thing, but we've found that longer courses are often more detailed & comprehensive. The average course length for this entire category is 5 hours 59 minutes.

This course currently has a bestcourses score of 5.8/10, which makes it an average course. Overall, there are probably better courses available for this topic on our platform.

Visual Studio Code or VSC for short is one of the most popular source code editor used by programmers. It’s fast, it’s lightweight and it’s powerful too! Microsoft designed VSC as a cross-platform code editor for writing web and cloud applications. For the first time, it was announced on 29th April 2015 by Microsoft at the 2015 Build Conference which took place in San Francisco. A few months later on Nov 18, 2015, VSC was released under the MIT license and the source code was made available on GitHub. On 14th April 2016, VSC was released on the web. It includes features support for debugging, syntax highlighting, intelligent code completion, snippets, code refactoring, and embedded Git. Users can change the theme, keyboard shortcuts, preferences, and install extensions that add additional functionality.

Why Is Visual Studio Code Editor So Popular? VSC Provides

What You'll Learn In This Course? 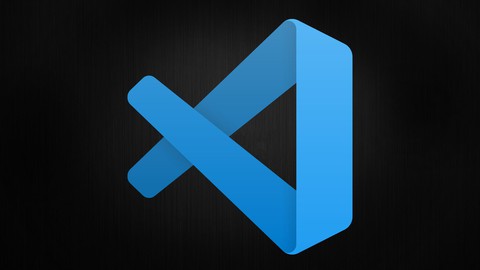