To make sure that we score courses properly, we pay a lot of attention to the reviews students leave on courses and how many students are taking a course in the first place. This course has a total of 5 students which left 1 reviews at an average rating of 1, which is below the average.

We analyze course length to see if courses cover all important aspects of a topic, taking into account how long the course is compared to the category average. This course has a length of 1 hours 11 minutes, which is pretty short. This might not be a bad thing, but we've found that longer courses are often more detailed & comprehensive. The average course length for this entire category is 4 hours 58 minutes.

This course currently has a bestcourses score of 3.0/10, which makes it an below average course. Overall, there are most likely better courses available for this topic on our platform.

Selenium is one of the most widely used UI automation tools. Primarily used for UI testing, Selenium is an extremely powerful tool allowing cross-browser testing of web applications.

In this course you will be building a test suite from the ground up. Creating tests against a React web app designed to imitate a production site.

Learn how to set up a Selenium WebDriver

The Selenium WebDriver is one of the most powerful UI testing tools available today. Learn how to configure a WebDriver for optimum performance.

The PageObject model is the most commonly used development pattern when building tests, especially in C#. Learn not only what the pageobject model is but how to implement it in both a classroom scenario as well as in your own projects.

When developing a test suite in C# with Selenium it is quite easy to take the wrong approach, trading off performance for rapidly developing a solution. Learn how to balance out the performance of your tests with a few simple changes.

A very common problem seen by test engineers is taking actions too quickly on a given page, causing Selenium to be unable to find a particular element or text. This results in test failures that are often very difficult to diagnose and resolve. Learn how to avoid those problems very easily.

Learn how to run the Selenium tests in parallel

Running automated tests in parallel is a very easy way to rapidly reduce the amount of time a test suite takes. I have personally seen reductions of between 50 - 75% of execution time removed simply by implementing parallel execution. Tests need to be structured in a particular way to ensure they can be run in parallel without failures, we will cover that in this course. 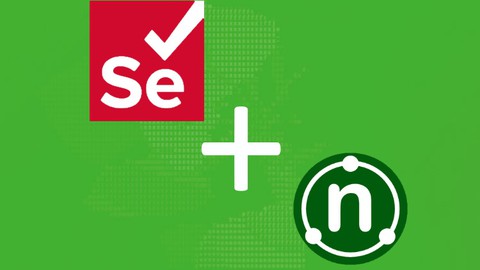