We analyze course length to see if courses cover all important aspects of a topic, taking into account how long the course is compared to the category average. This course has a length of 33 minutes, which is pretty short. This might not be a bad thing, but we've found that longer courses are often more detailed & comprehensive. The average course length for this entire category is 2 hours 13 minutes.

This course currently has a bestcourses score of 1.1/10, which makes it an below average course. Overall, there are most likely better courses available for this topic on our platform.

Jeet Kune Do or "The way of the intercepting fist" in Cantonese, abbreviated JKD, is a hybrid philosophy of martial arts heavily influenced by the personal philosophy and experiences of martial artist Bruce Lee.

Master Keith Gilliland has been studying Martial Arts since 1973. He holds multiple Black Belts and Instructorships in various Martial Arts including;

Master Gilliland is a former British, European and World Champion. He has coached students to the same levels who have fought all over the world.

He was coach / manager for World Champion Alfie Lewis`s squads for nearly 7 years. Both the adult and junior teams were very successful both home and abroad.

For several years he wrote a column for Combat Magazine called the Filipino Way which promoted Kali – Eskrima – Arnis. He also produces dvd`s and online lessons on all his Arts. 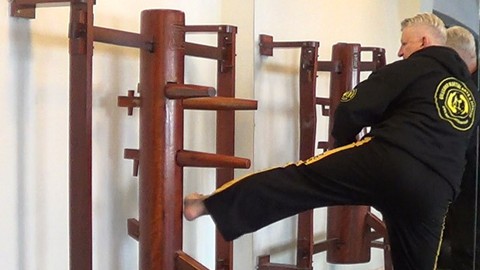