Build anything you can imagine, and make fun 3D games!

To make sure that we score courses properly, we pay a lot of attention to the reviews students leave on courses and how many students are taking a course in the first place. This course has a total of 1201 students which left 133 reviews at an average rating of 4.45, which is average.

We analyze course length to see if courses cover all important aspects of a topic, taking into account how long the course is compared to the category average. This course has a length of 11 hours 11 minutes, which is pretty short. This might not be a bad thing, but we've found that longer courses are often more detailed & comprehensive. The average course length for this entire category is 9 hours 9 minutes.

This course currently has a bestcourses score of 5.8/10, which makes it an average course. Overall, there are probably better courses available for this topic on our platform.

You want to make a game, huh?

Many have gone before, and not all have succeeded.

Truth is, building games is hard, especially 3D games.  But if you have the right tools and the right tour guide, the process can be relatively easy.  Building games might just be more fun than playing them!

3D gaming courses tend to come in two flavors.  Either you learn to build all your models in a 3D editor like Blender or 3DSMax but you barely get to put them in a game, or you start with a high-end powerful gaming tool like Unity or Unreal, but you can only use models made by others.

In this course, we start from the very beginning.  You'll learn how to build your own model of anything you can imagine using Blender, a powerful free tool.  There are many Blender classes out there, but most do not concentrate on building models for games, which are different than the models used in movies.  Blender is well-known as perhaps the best open-source 3D modeling package in existence.

Blender's best-kept secret is its game engine.  Not only can you build models in Blender, you can build full-fledged games.  The game system is incredibly powerful, yet not well known.

That's where this course comes in. I'll show you how to create compelling models, how to use Blender's logic bricks to write basic games with no programming, and we'll finally transition to writing your own code with the powerful and popular Python language built into Blender.

I've had a blast creating this course.  I can't wait to share it with you.  The best part of making a game is storing your own playfulness inside a game.  I see this course in exactly the same way.  Let's play together and build some awesome games. 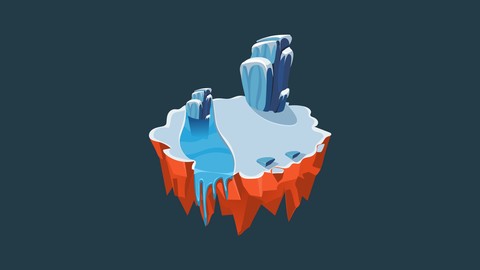