To make sure that we score courses properly, we pay a lot of attention to the reviews students leave on courses and how many students are taking a course in the first place. This course has a total of 35 students which left 5 reviews at an average rating of 5, which is below the average.

We analyze course length to see if courses cover all important aspects of a topic, taking into account how long the course is compared to the category average. This course has a length of 12 hours 54 minutes, which is pretty short. This might not be a bad thing, but we've found that longer courses are often more detailed & comprehensive. The average course length for this entire category is 9 hours 9 minutes.

This course currently has a bestcourses score of 4.9/10, which makes it an average course. Overall, there are probably better courses available for this topic on our platform.

Learn how to create and program your very own 3D Platformer game using Unity, an industry-standard game development program used by many large gaming studios and indie developers across the world.

In this course you won’t just be learning programming concepts, but tying these concepts to real game development uses.

This course has been designed to be easily understandable to everyone, so whether you’re a complete beginner, Or expand their game development range or a programmer interested in understanding game design, this course will help you gain a greater understanding of development.

At the end of this course you will have developed the ability to create such game elements as:

Start learning today and let me help you become a game developer!

Who this course is for: 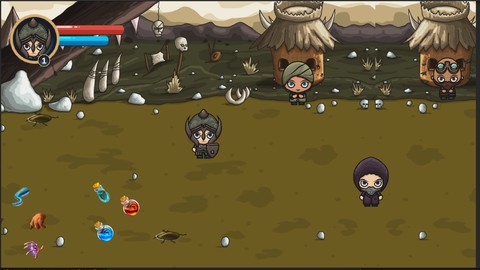