To make sure that we score courses properly, we pay a lot of attention to the reviews students leave on courses and how many students are taking a course in the first place. This course has a total of 886 students which left 61 reviews at an average rating of 4.03, which is below the average.

We analyze course length to see if courses cover all important aspects of a topic, taking into account how long the course is compared to the category average. This course has a length of 3 hours 51 minutes, which is pretty short. This might not be a bad thing, but we've found that longer courses are often more detailed & comprehensive. The average course length for this entire category is 7 hours 54 minutes.

This course currently has a bestcourses score of 5.0/10, which makes it an average course. Overall, there are probably better courses available for this topic on our platform.

A chatbot can be defined as a developed program capable of having a discussion/conversation with a human. Any user might, for example, ask the bot a question or make a statement, and the bot would answer or perform an action as necessary. A chatbot communicates similarly to instant messaging.

A chatbot is software that simulates human conversations. It enables the communication between a human and a machine, which can take the form of messages or voice commands. A chatbot is designed to work without the assistance of a human operator. AI chatbot responds to questions posed to it in natural language as if it were a real person. It responds using a combination of pre-programmed scripts and machine learning algorithms.

When asked a question, the chatbot will answer using the knowledge database that is currently available to it. If the conversation introduces a concept it isn’t programmed to understand; it will pass it to a human operator. It will learn from that interaction as well as future interactions in either case. As a result, the scope and importance of the chatbot will gradually expand.

Bots are made for a specific reason. A store would most likely want chatbot services that assists you in placing an order, while a telecom company will want to create a bot that can address customer service questions.

A rule-based bot can only comprehend a limited range of choices that it has been programmed with. Predefined rules define the course of the bot’s conversation. Rule-based chatbots are easier to build as they use a simple true-false algorithm to understand user queries and provide relevant answers.

This bot is equipped with an artificial brain, also known as artificial intelligence. It is trained using machine-learning algorithms and can understand open-ended queries. Not only does it comprehend orders, but it also understands the language. As the bot learns from the interactions it has with users, it continues to improve. The AI chatbot identifies the language, context, and intent, which then reacts accordingly. 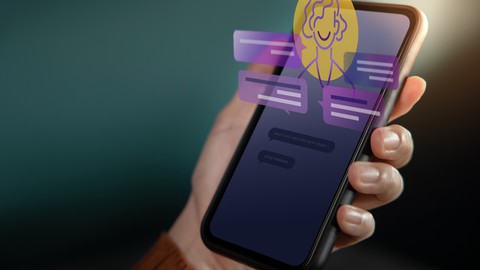