To make sure that we score courses properly, we pay a lot of attention to the reviews students leave on courses and how many students are taking a course in the first place. This course has a total of 493 students which left 10 reviews at an average rating of 4.7, which is average.

We analyze course length to see if courses cover all important aspects of a topic, taking into account how long the course is compared to the category average. This course has a length of 2 hours 11 minutes, which is pretty short. This might not be a bad thing, but we've found that longer courses are often more detailed & comprehensive. The average course length for this entire category is 7 hours 54 minutes.

This course currently has a bestcourses score of 5.4/10, which makes it an average course. Overall, there are probably better courses available for this topic on our platform.

In this course we introduce artificial intelligence, beginning with a brief history of attempts to understand mind and intelligence in philosophy, psychology, and other areas of research.

Artificial intelligence (AI) is intelligence demonstrated by machines, as opposed to the natural intelligence displayed by humans or animals. Leading AI textbooks define the field as the study of "intelligent agents": any system that perceives its environment and takes actions that maximize its chance of achieving its goals.[a] Some popular accounts use the term "artificial intelligence" to describe machines that mimic "cognitive" functions that humans associate with the human mind, such as "learning" and "problem solving".

AI applications include advanced web search engines, recommendation systems (used by YouTube, Amazon and Netflix), understanding human speech (such as Siri or Alexa), self-driving cars (e.g. Tesla), and competing at the highest level in strategic game systems (such as chess and Go), As machines become increasingly capable, tasks considered to require "intelligence" are often removed from the definition of AI, a phenomenon known as the AI effect. For instance, optical character recognition is frequently excluded from things considered to be AI, having become a routine technology.

In level 2, we'll introduce the research tools for AI problem solving. These include, the predicate calculus presented both as a mathematical system as well as a representation language to describe the essential features of a problem. 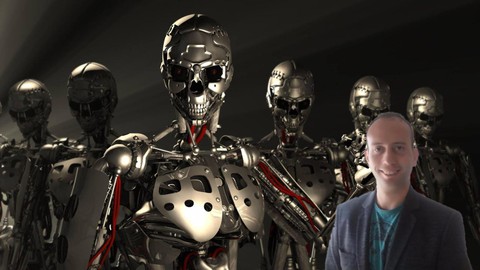